June 5, 2017 6:30PM El Granada, California The District had scheduled a closed door session to discuss the Bankruptcy of Cartel Management/Titians of Maverick and its impact on the District who had issued a 5 year permit that wasn’t on the Agenda. 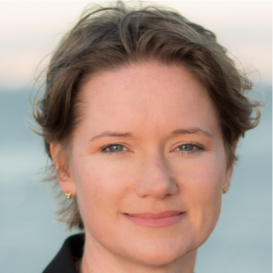 Commissioners Sabrina Brennan and Edmundo Larenas  refused to attend if attorney Steve Miller of Hanson Bridgett LLP was going to attend. Robert Bernardo and Virginia Chang Kiraly were ok with it, WHY?

Hanson Bridgett LLP the law firm representing the District was the cause of the abrupt but not unexpected ending before the start of the closed meeting. There were two members of the public who spoke during the public comment section. I Michael G. Stogner spoke to inform the District that I had filed a criminal complaint with the District Attorneys Office on May 8, 2017 that covered the vote to issue a 5 year permit was illegal, the Commissioners were notified that Discussion of the permit was on the agenda and only the discussion, 2 of the Commissioners understood that and complied one recused himself and one abstained. The other three made a motion and voted for something that wasn’t on the agenda which means the public had no idea this might happen. This happens more often than you would think in San Mateo County. The Supervisors did it on July 12, 2016 agenda Item 7 for example. The difference was the District’s attorney and Manager clearly informed the Commissioners that they were there that night to Discuss the subject of a 5 year permit. Part of my comment identified Hanson Bridgett LLP as being 100% responsible for all cost to the taxpayers for any expense related to the 5 year permit because they allowed the 3 Commissioners to create this permit that night knowing it was not on the Agenda.

The other public comment was by John Ullom who told them “I told you so.”

John and I were the only members of the public who attended the meeting.

Virginia Chang Kiraly closed the meeting as Sabrina Brennan tried to read a letter into the record. VCK would not allow it, she knew what was going to be read because she had received a copy of the letter earlier.

Legal counsel is the public’s safety net when elected official want to do something illegal. They are there to guide the elected officials. That did not happen in this case.

What were the total costs to the Taxpayers because of Hanson Bridgett LLP?