Heinz Puschendorf causes the Alamanac to set a record for closing comments. 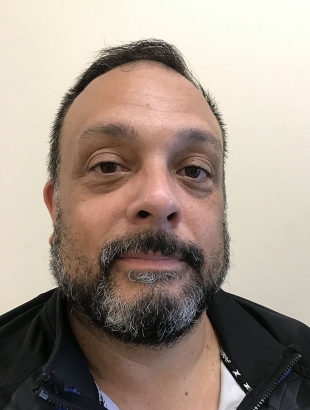 Deputy Heinz Puschendorf, at one time the president of the San Mateo County Deputy Sheriff’s Association, is running for the top job of sheriff in the June 5 election.

Puschendorf is a write-in candidate, having thrown his hat into the ring, he said, due to his dissatisfaction with the April 25 public forum in which questions were posed to his electoral competitors: appointed incumbent Sheriff Carlos G. Bolanos and Deputy Mark D. Melville.

After a series of interviews with The Almanac, Puschendorf’s status with the Sheriff’s Office is still unclear – although he’s still listed on the department roster as a disabled employee.

During the interviews, he made a series of claims about the department, including assertions that he has been persecuted by department higher-ups. The Almanac was unable to confirm these claims, and Puschendorf provided no documentation.

Asked for his priorities if elected, Puschendorf said they include addressing a system of mandatory overtime that he considers abusive, resolving an irregular distribution of detectives that shortchanges property crime investigations, and correcting an unfair system of rotation of detective assignments.

He also wants a competitive election, he said, but expects retribution for being outspoken. “I am the lone voice,” Puschendorf said in one interview. “Why do I run? Because I’m the last chance and opportunity for the truth to hopefully get out before it gets smothered,” he said. Because “they’re going to smother me. They’re going to do all the bad stuff, but I’m holding the aces in my hand because I have all the secrets. I know where the bodies are buried.”

The “truth” he refers to concerns what happened in April 2007 in Las Vegas, when Bolanos was detained by police along with then-sheriff Greg Munks when FBI agents raided an illegal and run-down brothel in a residential neighborhood.

Puschendorf said his account is based on visiting Las Vegas after the incident and researching the facts as presented by media accounts and talking with people who told him they witnessed the events of that night.

Records of that night have disappeared, he claimed, but he said he has thousands of pages of documents, including emails and depositions, that attest to a story that has not been told. He provided none of this documentation to The Almanac. He asserted that Bolanos has demanded silence from everyone.

His papers and the story they tell, he insisted, “is how I’ve kept my job. I have everybody with dirty stuff and (dirty) laundry. They’re trying to do all the stuff to get me. … That’s why I had to go public and run for (sheriff). I’m afraid of getting victimized even further.”

Puschendorf, 51, has not worked since April 2016 due to an injury incident in 2014 in which he was told to subdue an inmate in the jail. But while he is not being paid, his name is still on a roster that he provided to The Almanac. He is listed as disabled, but says he has not received any of the disability pay he’s entitled to. His situation has been manipulated, he claimed, to effectively render him a ghost on the roster and prevent him from getting due process.

He provided no documentation of efforts on his part to receive disability pay, and no explanation as to why he hasn’t filed for disability retirement.

Union management does not have his back and is in cahoots with the sheriff, Puschendorf said.

If he doesn’t win the election, he said, he’ll try for a recall “and do what it takes to take back control from these corrupt politicians and give control back to the good people of San Mateo County.”

I like this last statement and it falls in line with what Supervisor District 3 Candidate Dan Stegink said to the San Mateo Daily Journal. Even if Mr. Bolanos is elected it is unlikely he will complete his term.

Heinz has said publicly many times to vote for Mark Melville.

Posted by Michael G. Stogner
a resident of another community
on May 22, 2018 at 2:26 pm
Michael G. Stogner is a registered user.
It’s the Sheriff Office not Sheriff Department like a police department.

Posted by ???
a resident of another community
on May 22, 2018 at 2:46 pm
NOW would have been the time for Deputy Puschendorf to release the documents he said he has on Operation Dollhouse. If he waits until after the election, he’s a goner

Posted by ???
a resident of another community
on May 22, 2018 at 3:13 pm
What’s confusing is that Puschendorf doesn’t really have a job at the Sheriff’s office now, so it’s not clear what fallout he would have from submitting his documents about Operation Dollhouse to the Almanac. He says not showing them to the public is how he’s kept his job but he doesn’t have a job.Did the Almanac ask him to clear this issue up? What on earth would happen to him if he showed his *alleged * evidence to reporters?

Posted by Steve_J
a resident of another community
on May 22, 2018 at 3:33 pm
Steve_J is a registered user.
Just what we need, a disabled sheriff.

Posted by worth a thousand words
a resident of Woodside: other
23 hours ago
That photo!!

“he made a series of claims about the department, including assertions that he has been persecuted by department higher-ups”

“Because I’m the last chance and opportunity for the truth”

“I have all the secrets. I know where the bodies are buried.”

“he said he has thousands of pages of documents”

Sheesh. Direct from the Trump twitter timeline in 2016. Only thing he forgot was to say is he is sending detectives to Hawaii to investigate a birth certificate.

This is the guy y’all want to splinter the vote for? Great choice.

Posted by Melville
a resident of Menlo Park: other
23 hours ago
Yes, don’t splinter the vote. Vote for Melville.

Posted by Too bad
a resident of another community
15 hours ago
Unfortunately, this candidacy is playing right into Bolanos’ hands (other candidates can’t possibly be taken seriously).

Melville is the man to vote for here. He’s a serious guy, and a seriously intelligent, experienced, ethical and responsible individual.