SMC Domestic Violence Investigation Protocol. For Those Who Matter. 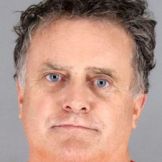 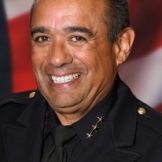 The County’s domestic violence investigation protocol was enacted for a purpose. First and foremost, for authorities to communicate / convey the seriousness and importance they, police, and prosecutors ostensibly regard the matter. Second, and perhaps most importantly, to ensure victim, witness and suspect statements are recorded, so when they go sideways, respectively, they can be impeached.

Typically, most prosecutions of domestic violence cases boil down to the victim’s statement coupled physical evidence -injuries. Frequently, because of the relationship which exists between the victim and suspect, the victim, over time, becomes uncooperative -given time to reflect on the event, its effect on the suspect, their (the couples’) relationship going forward, and the greater family unit. Hence the need, urgency, and importance to record party statements, contemporaneous to the assault.

When the victim does become uncooperative, his / her recorded statement is essential to the prosecution.  This is ostensibly why District Attorney Wagstaffe promotes the protocol, to be able to confront & impeach parties, when they become uncooperative, and ensure consistency & the integrity of the investigations.

However, when the suspect involved is a person who matters, one who is politically connected, it appears district attorney Steve Wagstaffe is only interested in directing and managing the result, one which benefits that individual versus the people. As district attorney, Mr. Wagstaffe has absolute discretion, in deciding whether or not to charge individuals with crimes, and is immune against civil suit, no matter what he decides.

There have been two recent examples of Steve’s handling of domestic violence investigations, in cases involving persons (suspects) who mattered. The first case was one in which a sheriff’s lieutenant, Lieutenant Kristina Bell, had ostensibly assaulted her spouse and seized her cell phone, so she could not summon help. The second case was one in which retired Redwood City Police Officer James McGee had ostensibly assaulted his girlfriend then refused to come out of his residence and speak with authorities, resulting in a seventeen hour plus standoff with police, evacuation of neighbors, and deployment of a S.W.A.T. Team.

In both instances, the involved police agency, the Redwood City Police Department, had dropped the ball –failing to arrest Bell and not following the County’s domestic violation protocol. This is particularly troubling, since Redwood City’s Police Chief, Dan Mulholland, is newly appointed and, since assuming the responsibilities of the position, shown deference to persons who matter –failing to treat ALL citizens equally.

Add to that, District Attorney Wagstaffe has been all to eager to accommodate Chief Mulholland -not pursuing charges against Bell, while reducing charges against McGee, from felony domestic violence to misdemeanor resisting, obstructing, & delaying arrest, using the excuse the victim had become uncooperative, a condition the County’s domestic violation protocol is supposed to address / prevent. Of course, district attorney Wagstaffe knows this, but, apparently, is counting on you, the public, not to know this.

What was the cost to Tax Payers for the 17.5 hour for the James McGee Standoff?

What is clearly becoming “the San Mateo County two-step”, a situation / phenomenon in which Chief Mulholland, District Attorney Wagstaffe and other county officials pursue their own personal / political interests, at the expense of others (the victims and public’s), does not bode well for public safety.

Chief Mulholland and District Attorney Wagstaffe have both let us down and violated our trust. We won’t forget! So much for taking domestic violence seriously.

In this next example Menlo Park Police Department did their job properly by arresting David Bohannon II twice, the second time for communicating with the victim. A 30 year old man named Matthew Graves is serving 4 years in Prison for making 1 phone call to his alleged victim, the exact same violation.

2 responses to “SMC Domestic Violence Investigation Protocol. For Those Who Matter.”