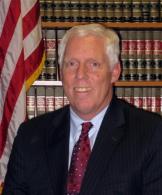 Chinedu Okobi 36 was killed in Millbrae on El Camino Real October 3, 2018. The statements from San Mateo County Sheriff’s Office and District Attorney’s Office were lies from the get go. This is very common when law enforcement kills an unarmed civilian. They blame the dead person, they do this because they are confident the residents of San Mateo County will continue to support the killing. So far they are right.

ACLU has demanded this information why isn’t available for all of the residents to see.