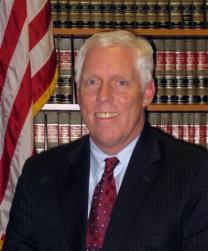 As District Attorney of San Mateo County, I join the other District Attorneys in California in condemning the senseless death of George Floyd in Minneapolis. I extend condolences to the family of George Floyd and to the communities across this nation that are in mourning over Mr. Floyd’s death. As a society, we must bring an end to bigotry and racism in our country, and it is the solemn responsibility of all government leaders and every member of the criminal justice system to achieve this goal. The citizens of this country cannot rest until we bring an end to racial inequity and racism in our country. After 43 years as a prosecutor in San Mateo County, it saddens me that shocking events such as Mr. Floyd’s death and the violence that followed continue to occur. We will continue to collaborate with San Mateo County law enforcement agencies to train their officers to insure proper and lawful conduct by officers and to appropriately investigate any conduct that violates the law. Every member of the San Mateo County District Attorney’s Office will resolutely continue to seek justice and fairness in our criminal justice system. To this end, I have signed the attached statement of the California District Attorneys Association issued this past weekend condemning racism and bigotry. I hope and pray the principles enunciated in this statement may soon be achieved.

The Prosecutor the Judges are talking about below is Stephen M. Wagstaffe “his ulterior motive was race-based.”

[22] But Jefferson was not the only African-American the prosecutor peremptorily challenged. He also struck the only other African-American potential juror, and, in so doing, pro- vided several pretextual explanations for that strike. In light of this additional strike, the prosecutor’s proffer of two ques- tionable explanations for his strike of Jefferson take on a sig- nificance that they might otherwise lack. See Lewis v. Lewis, 321 F.3d 824, 831 (9th Cir. 2003) (“The proffer of various faulty reasons and only one or two otherwise adequate rea- sons, may undermine the prosecutor’s credibility to such an extent that a court should sustain a Batson challenge.”). At a minimum, these dubious explanations reaffirm our conclusion that the prosecutor’s actual reason for striking M.C. differed from those that he asserted and that his ulterior motive was race-based. See Kesser, 465 F.3d at 369 (“The prosecutor’s willingness to make up nonracial reasons for striking [three minority jurors] makes it even harder to believe that his rea- sons for striking [a fourth juror] were race-neutral.”).

[23] Taken as a whole, the record compels a finding that the prosecutor’s non-race based reasons for peremptorily striking M.C. were pretexts. The fact that the prosecutor peremptorily struck the only other African-American juror in the jury pool and provided at least two implausible reasons for that challenge reinforces this conclusion. We therefore hold that both the California Court of Appeal and the district court clearly erred when they found that Ali failed to establish pur- poseful discrimination. We further hold that, in light of the overwhelming evidence indicating that the prosecutor in Ali’s case acted with discriminatory intent when he struck M.C., the California appellate court’s finding to the contrary was an unreasonable determination of the facts in light of the evi- dence presented in the state court proceedings. See 28 U.S.C. § 2254(d)(2). We therefore reverse the judgment of the dis- trict court and remand with directions to issue a conditional writ of habeas corpus requiring Ali’s release from custody, unless the State elects to retry Ali within a reasonable time to be determined by the district court.

Chinedu Okobi Sheriff In-Custody Death was ruled a Homicide by the Coroner on December 31, 2018 on March 1, 2019 Steve Wagstaffe announced he was not charging any of the SIX County Employees.

It is easy for Politicians to say Nice words, pay attention to their actions,