Category Archives: 19-SM-013492-A | The People of the State of California vs. Luis Dejesus Aquino

You don’t see that every day. Why would a defendant choose a Judge over 12 members of the public?

Aldon Smith and his Defense attorney Josh Bentley have decided to have the Honorable Judge Leland Davis III to be the Judge and Jury for his DUI with serious injury case.

You will recall there was a lot of special treatment for this former NFL player that most San Mateo County Residents arrested for a DUI with serious bodily injury would NOT receive. This was reported to be his 5th DUI.

This is another exciting “Those Who Matter” case that the “Fixer” Joshua Bentley is quietly moving through the San Mateo County Court system.

You will recall Aldon Smith was arrested on December 6, 2021 by the California Highway Patrol at Farm Hill Blvd and 280 where he crashed into a Recology Truck injuring the driver. This is not the first time he has been arrested for DUI, It’s been reported he has been arrested 5 times for DUI.

Sheriff Carlos G. Bolanos has never released his Booking Photo or produced a Press Release of the December 6, 2021 arrest. Why?

Attorney Joshua Bentley is doing an Excellent job in trying to keep those four prior DUI’s out of this case.

Aldon Smith has Both of these 2 conditions.

Most DUI cases are prosecuted as misdemeanors. But the offense may be charged as a felony if someone is injured or you have four (4) or more prior DUIs on your record.3 Some convictions carry jail time for California DUIs.

Why is his case being charged as a misdemeanor? 21-SM-014538-A | The People of the State of California vs. Aldon Jacarus Ramon Smith

What time did he contact Defense Attorney Joshua Bentley?

As you can see this is not his Booking Photo, for some unknown reason Sheriff Carlos G. Bolanos and Rosemerry Blankswade the Sheriff’s Office Public Information Officer have refused to provide it or even respond to my several requests.

On October 1, 2019 San Mateo County News.com was the first News & Information Service to report his arrest September 14, 2019 by the Redwood City Police Department at 11:30 PM near the DSA Building on Broadway Ave. He crashed a vehicle into a tree with a RWCPD Officer right behind him. He was to belligerent to qualify for First Chance in Burlingame but RWCPD did him a Big Favor by taking him there anyway. Easier to hide the arrest if he was accepted there. The Staff refused to accept him and RWCPD drove him to Maguire Jail in Redwood City where he was supposedly BOOKED for DUI and Refusing both Blood and Breath Tests, which is a loss of Drivers License for those who don’t matter.

Sheriff Sergeant Luis Dejesus Aquino retained Attorney Josh Bentley (AKA The Fixer) before any criminal charges were filed. That is always the best way to do it.

I sent this story to all the San Mateo County Newspapers, The only paper to publish a story was the Palo Alto Daily Post October 25, 2019 24 days later.

Corruption in San Mateo County is nothing new, I think most residents know it exists and they are just thankful it hasn’t affected them personally. They don’t think there is anything they can do about it. So they remain Silent and allow it, this case is a perfect example. 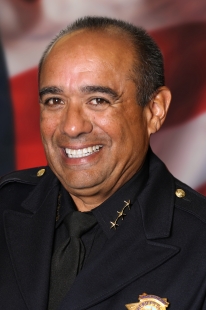 Why would Sheriff Carlos G. Bolanos think he doesn’t have to release the Booking Photo?