I attended this meeting because I voted for Sabrina Brennan. I believe if I vote for someone and they are representing my interests it is my responsibly to make sure they can do the job. This meeting was created by Commissioner Robert Bernardo all by himself, he requested it in a closed session that did not include Sabrina Brennan.

I was impressed with who attended, two SSF Police Officers in uniform, Bill Silverfarb, Supervisor Don Horsley, his two aides and his body guard a San Mateo County Sheriff Deputy in plain clothes. Mark Simon was there I wondered why? Citizen Access TV owners John and Dan Ullom were providing the public live broadcast at not cost to the taxpayers. They have been doing so since former Commissioners Jim Tucker and Will Holsinger voted to end videotaping and live broadcast for public access of the District’s Meetings. Somebody stole the Ullom’s broadcasting device, SSF Deputy Chief Mike Brosnan not only refused to enforce the law, He ordered the Ullom’s not to turn on the device after he reluctantly gave it back to them. Hanson Bridgett LLP attorney Steve Miller remained silent to John Ullom’s public request of him “Can I broadcast this public meeting.”

Letter to Lafco, from Mike McHenry a man who knows

San Mateo County News is making only a few.

Based on the San Mateo County Democratic Committee Endorsements and lack of Endorsements. The Tell all was the SMCHD endorsement. Once you see that you realize that something is Very Wrong with this Organization.

The SMCDC aka “Those Who Matter” endorsed one person and only one person for San Mateo County Harbor District when there were two endorsements possible. I’m sure he is a wonderful person but two things stood out for me. He is a Sheriff Deputy who endorsed his boss Carlos Bolanos for Sheriff. He might be a victim and felt he had to I don’t know.

What I do know is the Edmundo Larenas who in 2016 received 175,054 votes did not endorse Carlos Bolanos for Sheriff with very good reason. He has done an outstanding job of representing the average citizen/resident aka the Taxpayer by standing up to questionable billable hours by the Law Firm that represents the SMCHD. 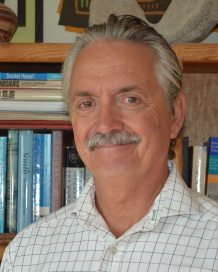 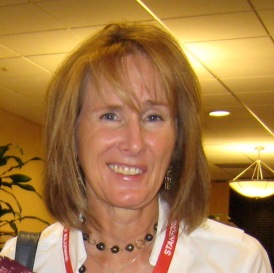 Vote No on Measure W

San Mateo County News.com is a News and Information site for the average citizen/resident/taxpayer. I recommend you google search each candidate/measure to make up you own mind who to vote for. I’m just pointing out the Glaring dishonesty coming from this one organization.

June 5, 2017 6:30PM El Granada, California The District had scheduled a closed door session to discuss the Bankruptcy of Cartel Management/Titians of Maverick and its impact on the District who had issued a 5 year permit that wasn’t on the Agenda.

Commissioners Sabrina Brennan and Edmundo Larenas  refused to attend if attorney Steve Miller of Hanson Bridgett LLP was going to attend. Robert Bernardo and Virginia Chang Kiraly were ok with it, WHY?

Hanson Bridgett LLP the law firm representing the District was the cause of the abrupt but not unexpected ending before the start of the closed meeting. There were two members of the public who spoke during the public comment section. I Michael G. Stogner spoke to inform the District that I had filed a criminal complaint with the District Attorneys Office on May 8, 2017 that covered the vote to issue a 5 year permit was illegal, the Commissioners were notified that Discussion of the permit was on the agenda and only the discussion, 2 of the Commissioners understood that and complied one recused himself and one abstained. The other three made a motion and voted for something that wasn’t on the agenda which means the public had no idea this might happen. This happens more often than you would think in San Mateo County. The Supervisors did it on July 12, 2016 agenda Item 7 for example. The difference was the District’s attorney and Manager clearly informed the Commissioners that they were there that night to Discuss the subject of a 5 year permit. Part of my comment identified Hanson Bridgett LLP as being 100% responsible for all cost to the taxpayers for any expense related to the 5 year permit because they allowed the 3 Commissioners to create this permit that night knowing it was not on the Agenda.

The other public comment was by John Ullom who told them “I told you so.”

John and I were the only members of the public who attended the meeting.

Virginia Chang Kiraly closed the meeting as Sabrina Brennan tried to read a letter into the record. VCK would not allow it, she knew what was going to be read because she had received a copy of the letter earlier.

Legal counsel is the public’s safety net when elected official want to do something illegal. They are there to guide the elected officials. That did not happen in this case.

What were the total costs to the Taxpayers because of Hanson Bridgett LLP?