San Mateo County Sheriff Deputy Juan P. Lopez was ordered to stay home when he was the subject of an Internal Affairs Investigation. That is exactly what happens.

What about SMCSO Sergeant Luis Dejesus Aquino, and SMCDA Inspectors William Massey & John Warren? Were they ordered to stay home?

As you know it’s important for the Public’s Trust that Nobody is above the law.

Was SMCSO Sergeant Lou Aquino ever placed on Administrative Leave after his September 14, 2019 DUI Arrest.

Who at the Sheriff’s Office conducted the Internal Affairs Investigation that you told the PADP was being conducted? Is it completed?

Please provide San Mateo County News.com with the Booking Photo from the Sheriff’s office as you know I have asked for this several times.

Did DMV suspend his California Drivers License yes or no?

January 7, 2020 San Mateo County Counsel filed a document with the Superior Court claiming the San Mateo County District Attorney Inspectors William Massey and John Warren are the subjects of an Internal Investigation which just recently commenced, is ongoing and will not be completed until the former Sheriff Deputy Juan P. Lopez criminal trial is completed.

It is a Penal Code 115A Felony to file a False Instrument (written document) with the court.

San Mateo County Counsel than asked the court to SEAL their Document. January 9, 2020

The public expects criminal charges filed are Accurate and Honest, Juan P. Lopez case proves that is not true in San Mateo County. 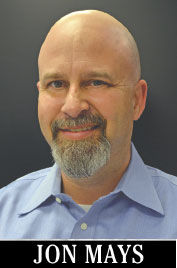 Motion to dismiss for Break of Chain of Custody

Motion to dismiss for Discovery Violations

This Letter to the Editor was not published, That’s 84,000 San Mateo County Residents who won’t see this information. Jon Mays has decided this is not Newsworthy.

The public expects criminal charges filed are accurate and honest, Juan P. Lopez case proves that is not true in San Mateo County

X Deputy Juan P. Lopez will inform the court of his response to the District Attorneys Office Offer of No Prison Time if he accepts the deal.

Everyone in San Mateo County remembers Five years ago he was arrested at gun point in front of his son for Smuggling a Cellphone and Drugs to a Hells Angel Inmate at the Redwood City Jail. Big press conference by D. A. Wagstaffe at the time, It was also reported he embezzled up to $400,000 of campaign donations. One small problem with that was he only raised about $400.00. Those charges were all dismissed because of Prosecutorial Misconduct. He is now being offered a deal to plead guilty to charges that came from the BACKPACK that was stolen from his car which was parked at his condo in Redwood City. That theft happened shortly after he filed papers as a Write In Candidate for Sheriff. A search warrant was then created looking for what they already had “Documents that were stolen” Mortgage Fraud the owner occupied box had a check mark in it. The lender never filed a complaint.

Any concerned citizens/residents are invited to join us in court November 6, 2019

I first met Sheriff Deputy Juan P. Lopez right after he announced he was going to be a candidate for Sheriff in San Mateo County in 2014. I thanked him for giving the residents a choice for Sheriff. I was on the phone with him when he got arrested at gun point at one of his homes. I was with him when the Sheriff’s Office served him with legal papers at his home, I opened the door and greeted the 2 Sheriff Deputies. I was with him and another concerned citizen Lamont Phemister when the Sheriff’s Office ordered him to be at the Gun Range to receive more legal papers. The first time they gave him 90 minutes notice, the second time 4 day notice.

Sheriff Deputy Juan P. Lopez was charged with 14 Felony Counts 5 years ago. The District Attorney’s Office, The Sheriff’s Office and County Counsel’s Office have done everything possible to cause harm to him and those close to him. He has lost 5 years of Income, his last year he earned about $250,000. He has hired 2 Law Firms you can guess that cost is over $200,000.

Now Five Years later the District Attorneys Office Offers a Plea Bargain the day It’s lead Investigator Jordan Boyd was to take the Witness stand. Tomorrow he and his attorneys will inform the Court and all of San Mateo County his response.

I personally think that is Newsworthy I might be wrong.