This should be the warning sign as you enter the parking lots and stations. Ride at your own risk, You are responsible for your own Safety.

BART which serves a small part of San Mateo County at Millbrae and SFO International Airport had Three Deaths by Assault in 5 days all on the boarding platforms.

The Guardian article on just one of the 3 deaths think about all the people impacted. 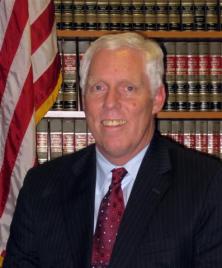 This is why I say make the complaints public, never file just a complaint with the Bar Association. It is a Business Association and it protects its members, not the public.

Letter to the Editor

It’s time to accept that coastal California is shrinking. A new study from the Union of Concerned Scientists predicts chronic Bay Area flooding from rising seas as early as 2060. “Cities around the San Francisco Bay will begin to experience more frequent and disruptive flooding in the coming decades and will have to make tough decisions around whether to defend existing homes and businesses or to retreat,” said Erika Spanger-Siegfried, senior analyst in the Climate and Energy Program at UCS and a report author.

The Pacific Institute calculates that San Mateo County will lose more in property value than any other county in the state. Property damage in the county is estimated to be in the region of $39 billion, with sea level rise projected to affect more than 100,000 residents.

In July, the Mercury News reported that San Mateo and Marin Counties and the City of Imperial Beach filed a lawsuit in Marin County Superior Court. The suit alleges that, “major corporate members of the fossil fuel industry, have known for nearly a half century that unrestricted production and use of their fossil fuel products creates greenhouse gas pollution that warms the planet and changes climate.”

The suit argues that 37 oil, gas and coal companies actively worked to “discredit the growing body of publicly available scientific evidence and persistently create doubt” in “a coordinated, multi-front effort.”

The suit asserts what many of us already accept as fact, that fossil fuel companies “have promoted and profited from a massive increase in the extraction and consumption of oil, coal and natural gas, which has in turn caused an enormous, foreseeable, and avoidable increase in global greenhouse gas pollution.”

Armoring the coast and building levees in the Bay will be an unimaginably expensive public undertaking, and that doesn’t include relocating highways, railways, airports, and other critical infrastructure.

Last month, the Guardian reported that Mayor Serge Dedina said that up to 30% of Imperial Beach could be affected by climate change. “As the lowest-income, highest poverty-rate city in San Diego County, we have no capacity to pay for the extensive adaptation measures.” Within 15 years flooding could affect tens of thousands of Marin County residents and cause upwards of $15.5 billion in property damage. “This lawsuit is intended to shift those costs back where they belong – on the fossil fuel companies,” says Marin County supervisor Kate Sears.

As communities become dependent on costly levee systems to stay dry, and climate projections continue to worsen, we will soon be spending exponentially larger sums of money to protect development now being built in inundation zones. One good example is the 8-mile long levee do-over in Foster City that is now budgeted for $90 million. That levee must be rebuilt three feet higher or residents will be required to buy costly flood insurance.

In addition to suing oil companies our elected representatives have a responsibility to protect the public from the huge financial burden sea level rise will bring to coastal California. They can do this by using their powers to implement policies that limit development in known inundation areas and to prohibit future shoreline armoring in favor or wetland restoration.

Suing the fossil fuel companies is a great start to holding those responsible for the coming disaster to account, but that must only be a beginning. Without common sense and practical pragmatic legislating any legal action becomes nothing more than a show. If they really want to leave a lasting legacy current local legislative bodies must show through use of their powers that they have an understanding that development in inundation zones is literally pouring money down the drain. Anything less is going to be an expensive and complex disaster.

Sabrina Brennan is a resident of Moss Beach

San Mateo County Board of Supervisors give $350,000 of Measure A money to Samtrans to “Educate the Public”

Measure A was promoted to assure the public that Critical Services would continue. We are not sure how giving Jim Hartnett $350,000 to pay for outreach to see what is needed to pass a Tax Measure in November 2018 has to do with critical services. One of the speakers in favor of this terrible idea was Jim Hartnett’s wife, Rosanne Foust representing SAMCEDA. If the Supervisors had any interest in honesty or transparency they would have acknowledged that relationship upfront. SAMTRANS is spending a total of $650,000 for the Education Campaign. This is the same organization that had several accountants meet with the District Attorney’s Office to report that they were ordered to commit fraud, They told the DA where to find $2.5M and he did find it exactly where they said it was. The idea that Taxpayer money would be used against Taxpayers to pass another Tax Measure is typical for San Mateo County. The 2012 Grand Jury warned the public it’s leaders were misleading them, it’s now up to them.

SamTrans has hired two consulting firms to help with outreach and creating a technical as well as stakeholder working groups leading up to the November 2018 election. What’s not in this group is the residents of San Mateo County who will be paying for this and who’s Quality of Life is being destroyed.

An inconvenient truth about San Mateo County’s “structural deficit” is that … there isn’t one!

This is a Great Question, “Why aren’t communities throughout the entire Bay Area being mandated to do this?”

The city of Foster City is confronted with upgrading sections of the levee to bring the current structure into Federal Emergency Management Agency compliance. The claim by FEMA is that a change in the sea wall or levee height is necessary to protect the ci­ty from flooding from future speculated storm surges. The correction is mandatory or the homeowners of Foster City will risk classification as being in a designated FEMA flood zone and required to pay flood insurance.

A recent guest perspective in the Daily Journal by T. Jack Foster questions the timing of this requirement. He states that Foster City’s lagoon system was designed to take care of excess water due to storm surges if they were ever to occur. Every winter the Public Works Department reduces the level of the lagoons to contain any excess rain or storm surge so the lagoon pumping system can move any excess water back into the Bay. The lagoon system was designed and well thought out to take care of any excess water incursion into the city both now and into the future.

Our levees are accredited for the 100-year flood level requirement. According to Mr. Foster’s guest perspective, the speculated rate of increase of Bay waters is calculated to be 1 inch per decade. Therefore the need to deal with concerns of water surge or sea level rise is years away if ever. So what are the real facts behind the need to comply with the very high cost to each of the citizens of Foster City for raising the levee now? What other Bayfront communities are being faced with this mandate to spend potentially $75 million or more.

Our city has withstood earthquakes when others thought we would sink into the Bay; we withstood recent high rain conditions without flooding when other nearby cities were not so lucky. My point is that Foster City is very well designed and maintained, and the lagoon systems and pumping capacities are not being taken into account by FEMA in calculating their worst-case, 100-year scenarios.

If FEMA were not enough to deal with, the Bay Conservation Development Commission, an agency created to protect the Bay, decided to get into the act. In addition to the calculation of storm surge possibilities by FEMA, BCDC has calculated that a sea rise for 2050 and 2100 will require that the city begin building a sea wall around our city now.

Interested citizens should look at the artist renderings of the solutions pending for Foster City. I think you will be appalled at the potential for this new enclosure of our city from the Bay waters. Why aren’t communities throughout the entire Bay Area being mandated to do this? Wouldn’t it make sense that the sea rise they have calculated also involve neighboring waterfront communities?

I believe there are important questions that need to be answered before we are bullied by FEMA or BCDC to meet a requirement that has little to no basis in currently collected data to support any immediate need to spend an enormous amount of money.

In 2011, as mayor, I received a letter indicating that regional governing bodies like BCDC were considering plans for the Bay Area that would significantly curtail city and county control over land use decisions in communities like ours. I saw at that time the drawings of a projected “great wall” around the entire Bay Area to protect against the anticipated sea level rise of epic proportions in a time far into the future.

It’s time the people recognize that these regional governing bodies composed of special districts, joint powers authorities, etc., lack the checks and balances of our government system and few people know who these non-elected board members are who make these broad stroked decisions. Little by little these regional boards and agencies have continued to amass power to usurp local control.

The residents of Foster City are faced with a hefty cost if we are strong-armed into moving forward with this project demanded by FEMA and now BCDC. City officials should ask more questions and provide the citizens of Foster City more answers. In particular, who funds this unfunded mandate? Should it be entirely on the backs of the residents? Should funding come from grants from the San Francisco Bay Restoration Authority whom voters gave additional property tax money to for the next 25 years to save the Bay?

The residents of Foster City need to know the answers to these questions before writing the check for something that none of us will be able to prove whether we needed to do this now or not.

Linda Koelling is the former mayor of Foster City.

Here is the Letter by T. Jack Foster.